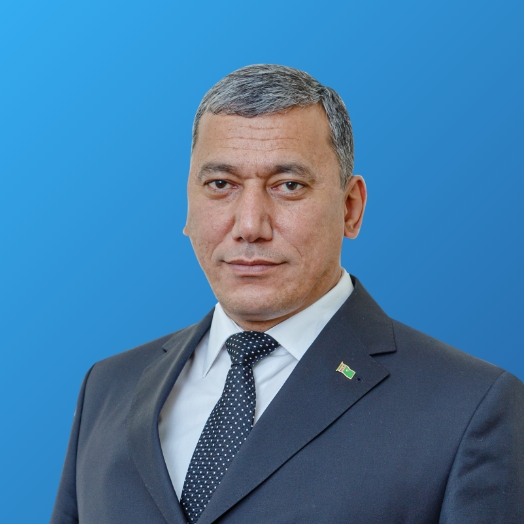 In 2009 graduated from the Turkmen Polytechnic Institute and received the qualification of geodesy engineer. From 2009 to 2012 he worked as a mechanic of the 1st category in the department of specialized mechanized works, as a chief specialist, technical specialist in the department of transport and mechanization in the the enterprise “Turkmenspecialoilgasconstruction” of State Concern “Turkmenoilgasconstruction”. From 2012 to 2013 he worked as a senior engineer in the Department of Capital Construction, of the association “Türkmengazakdyryş” of State Concern “Turkmengas”. From 2013 to 2017, he worked in the state concern “Turkmenoilgasconstruction” in the pipeline construction department as a chief specialist, the acting head. From 2017 to 2018, he worked at the “Turkmengas” State Concern, the association “Türkmengazakdyryş”, as deputy chief for capital construction. From January 2018 to September 2019 he worked as Deputy Chairman of Turkmengaz Group of Companies. Since September 2019 to the present – General Director of the Turkmenbashi oil refinery complex.