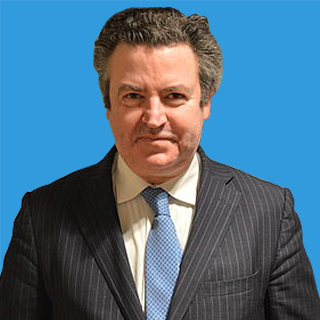 Guy Lentz was appointed as Secretary-General on January, 2022. Guy Lentz has more than 30 years’ experience in the energy sector, including acting as Coordinator for the EU on international energy policies and a Member of the European Energy Regulator's administrative board. Before joining the Energy Charter Secretariat, Guy Lentz served for two decades as Diplomatic Counselor at the Permanent Representation of Luxembourg to the EU in Brussels, where he was responsible for coordinating the EU and international energy policies. During the EU Presidency of Luxembourg in 2005, he worked in the cabinet of the then President of the European Council and was responsible for developing Lisbon Strategy and the Sustainable Development Charter in liaison with the Prime Minister Office. Guy Lentz has vast experience working with European institutions, where he mostly served as the representative of Luxembourg. He was also engaged, among others, as representative of Luxembourg to the European Nuclear Safety Regulators Group (ENSREG), to the Administrative Board of ACER and as Governor in the International Energy Agency (IEA). Also, Guy Lentz was the Representative of Luxembourg to the International Energy Charter since 2005 and Vice-Chair of the Energy Charter Modernisation Group and Governance Group until his appointment as Secretary-General. From 2015 to 2018 Guy Lentz worked as Special Adviser in the Cabinet of Commissioner Miguel Arias Cañete for Climate Action and Energy. Guy Lentz steered international cooperation on issues related to global energy transformation and renewable energy. He acted as Chair of the Assembly of IRENA in 2012, the Chair of the Energy Working Party at the EU Council in 2015 and the Chair of IRENA Council in 2019. During his tenure at the Permanent Representation, he has also served as Board Member and Senior representative of Luxembourg at Société Générale de l'Our and Enovos Luxembourg. Guy Lentz holds academic qualifications from the University of Saint-Louis and Catholic University of Louvain and a Master's degree in European Affairs of the College d'Europe.